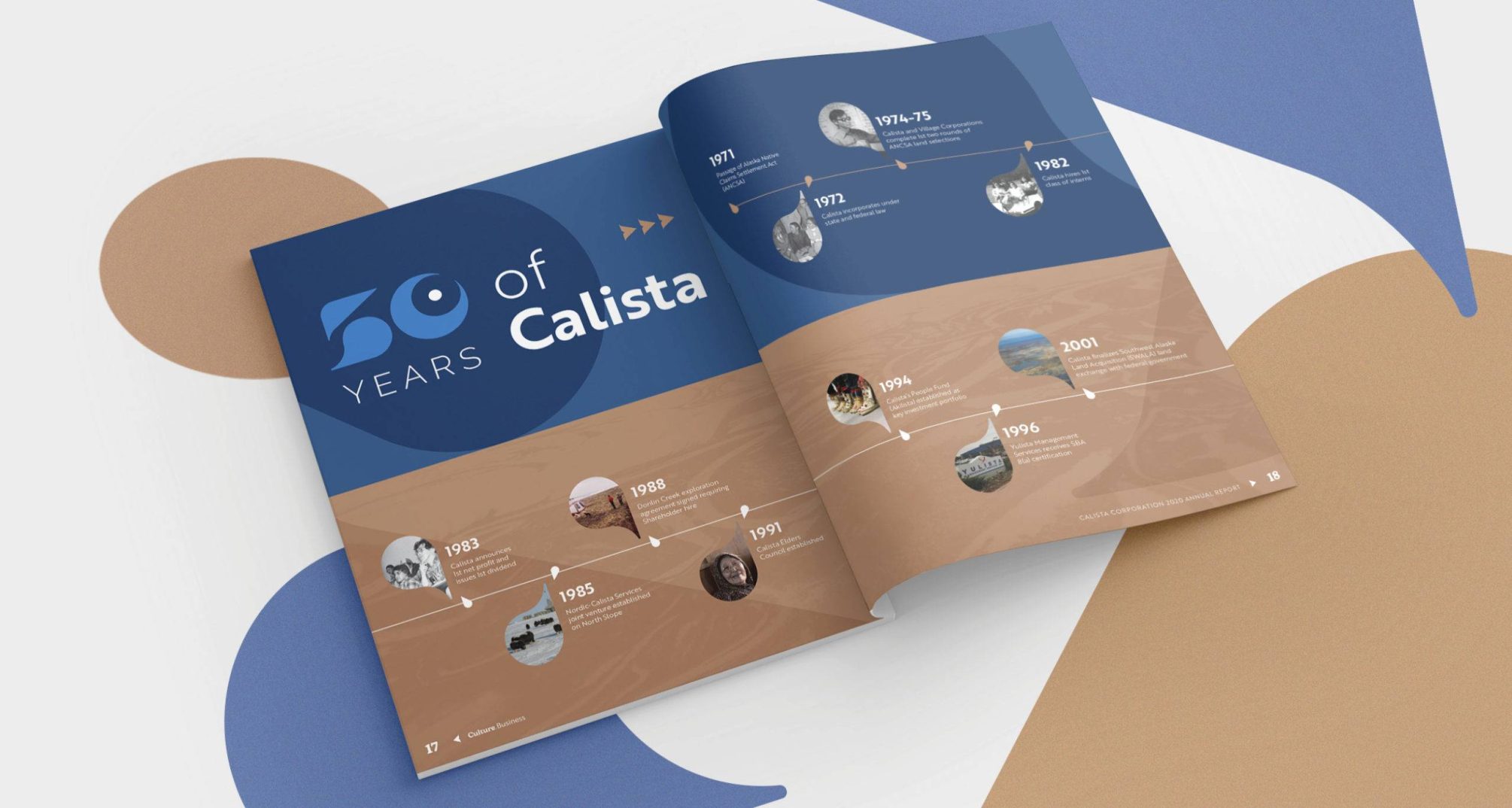 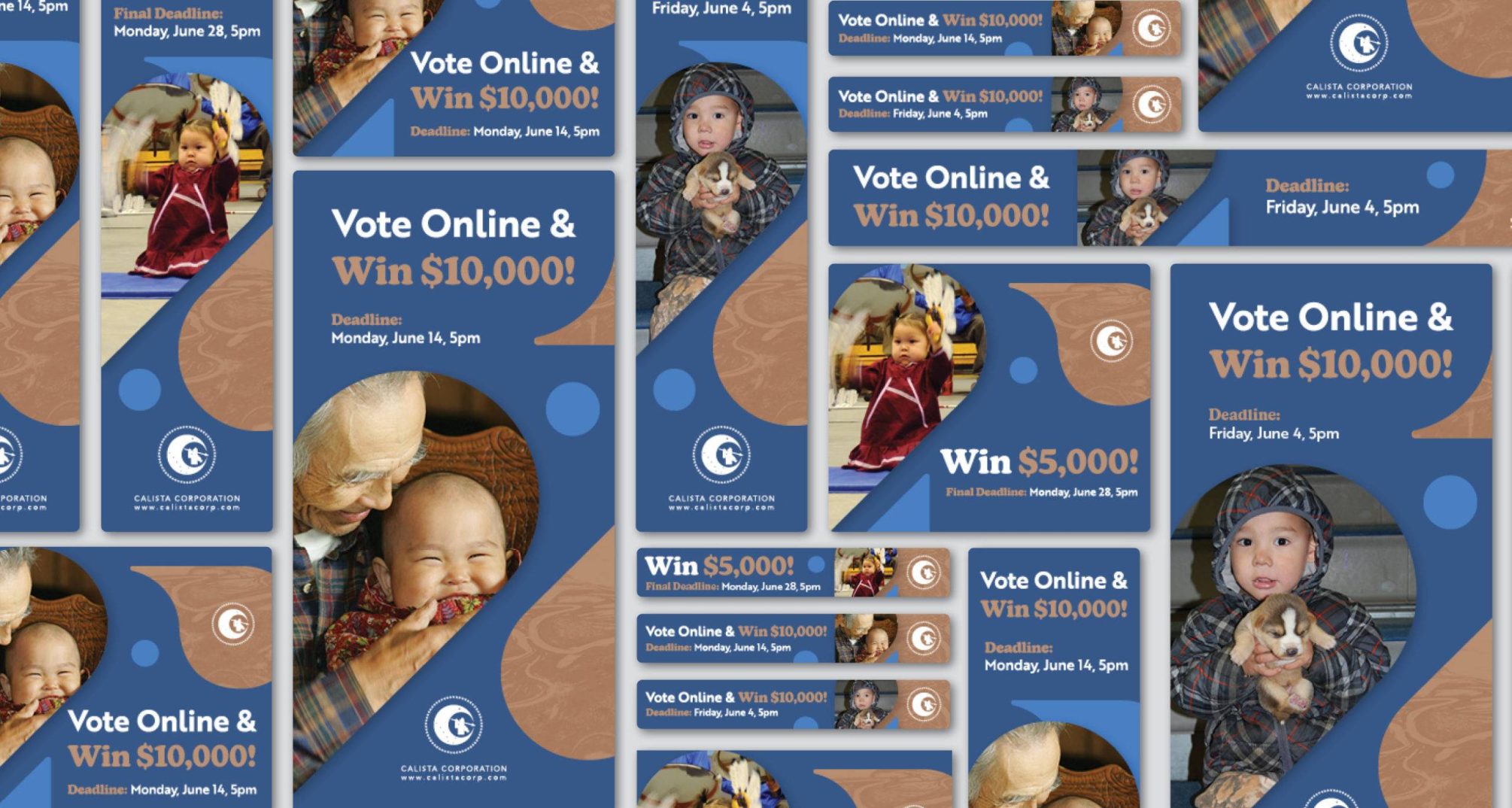 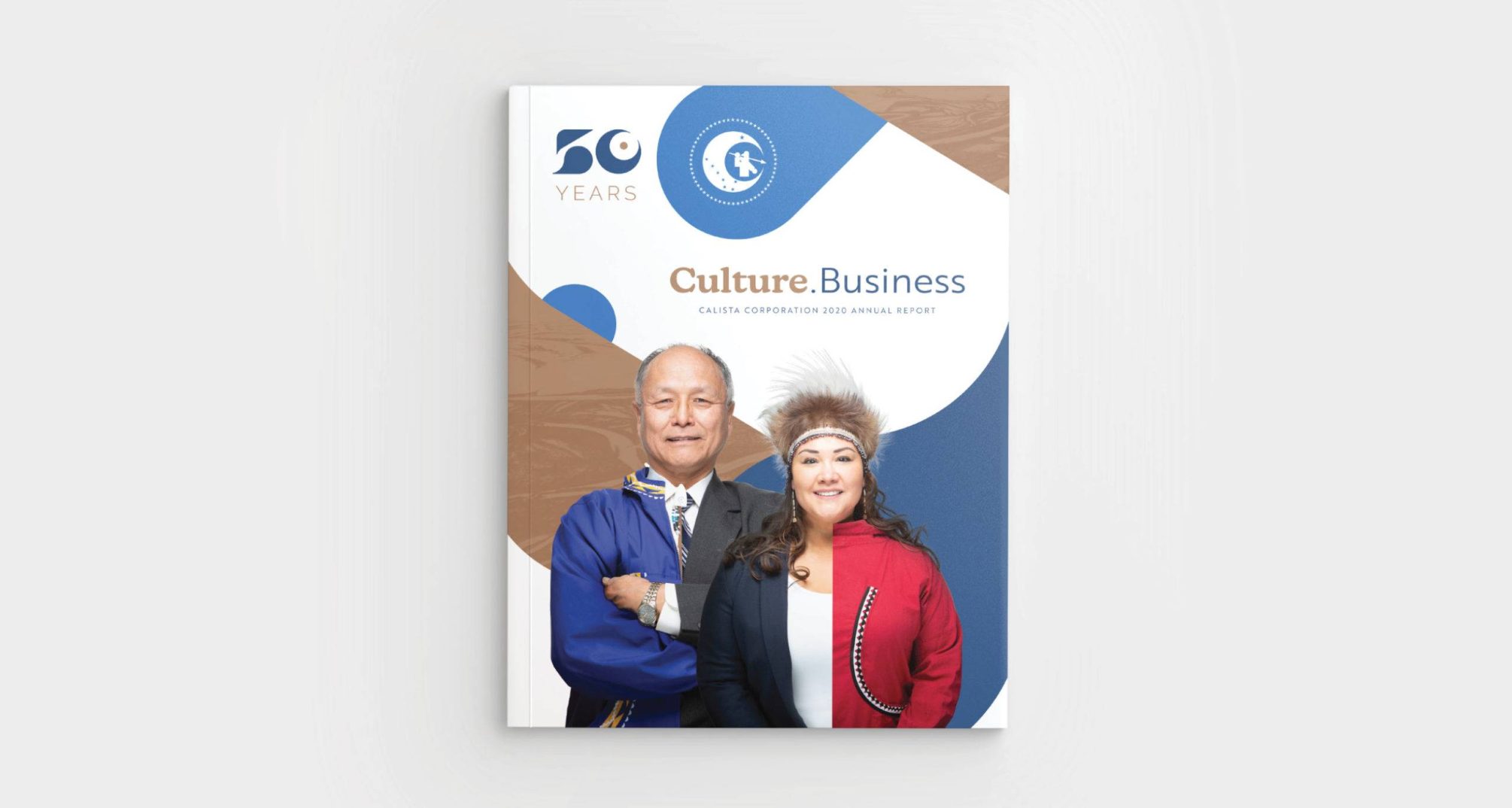 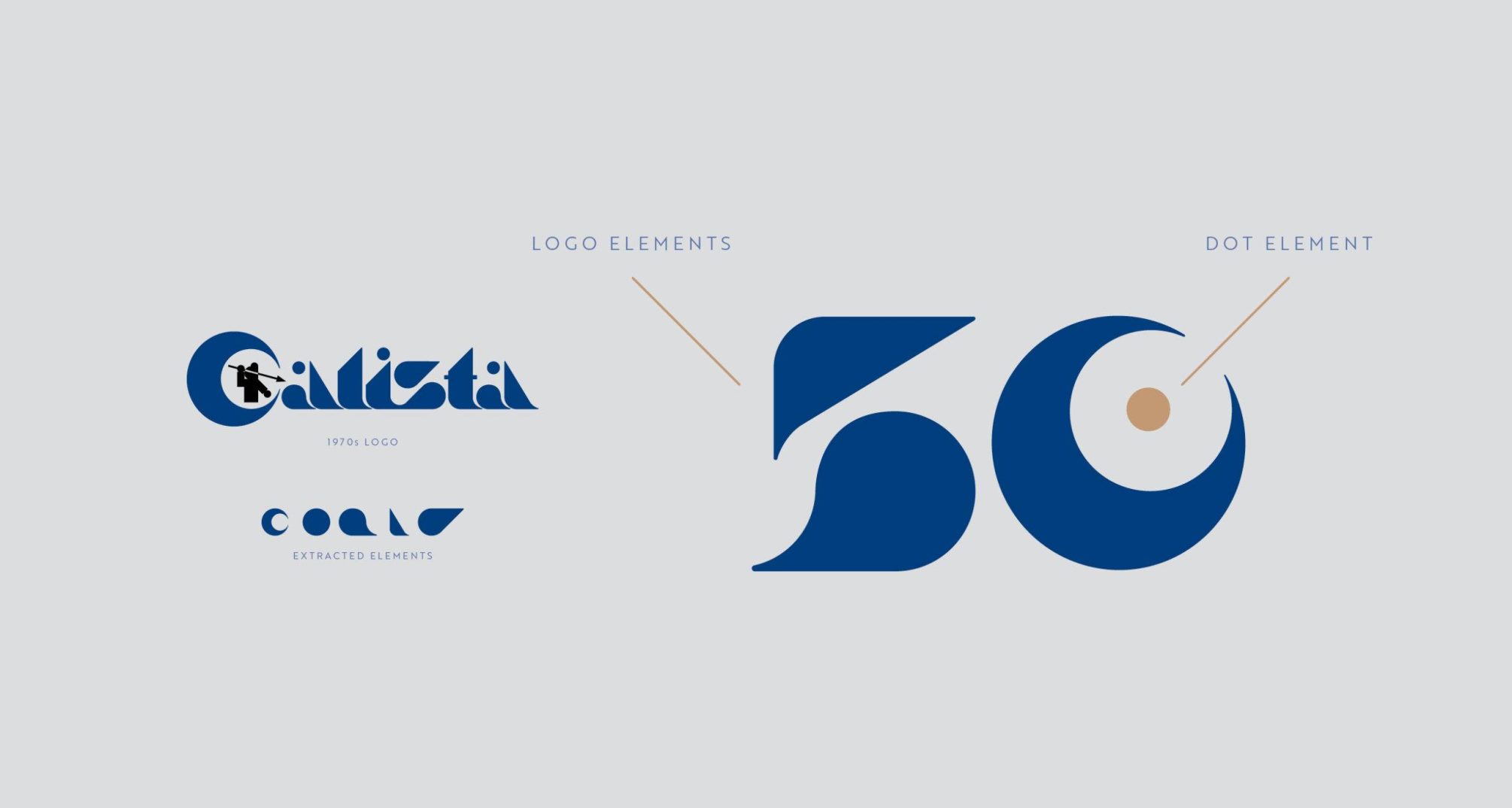 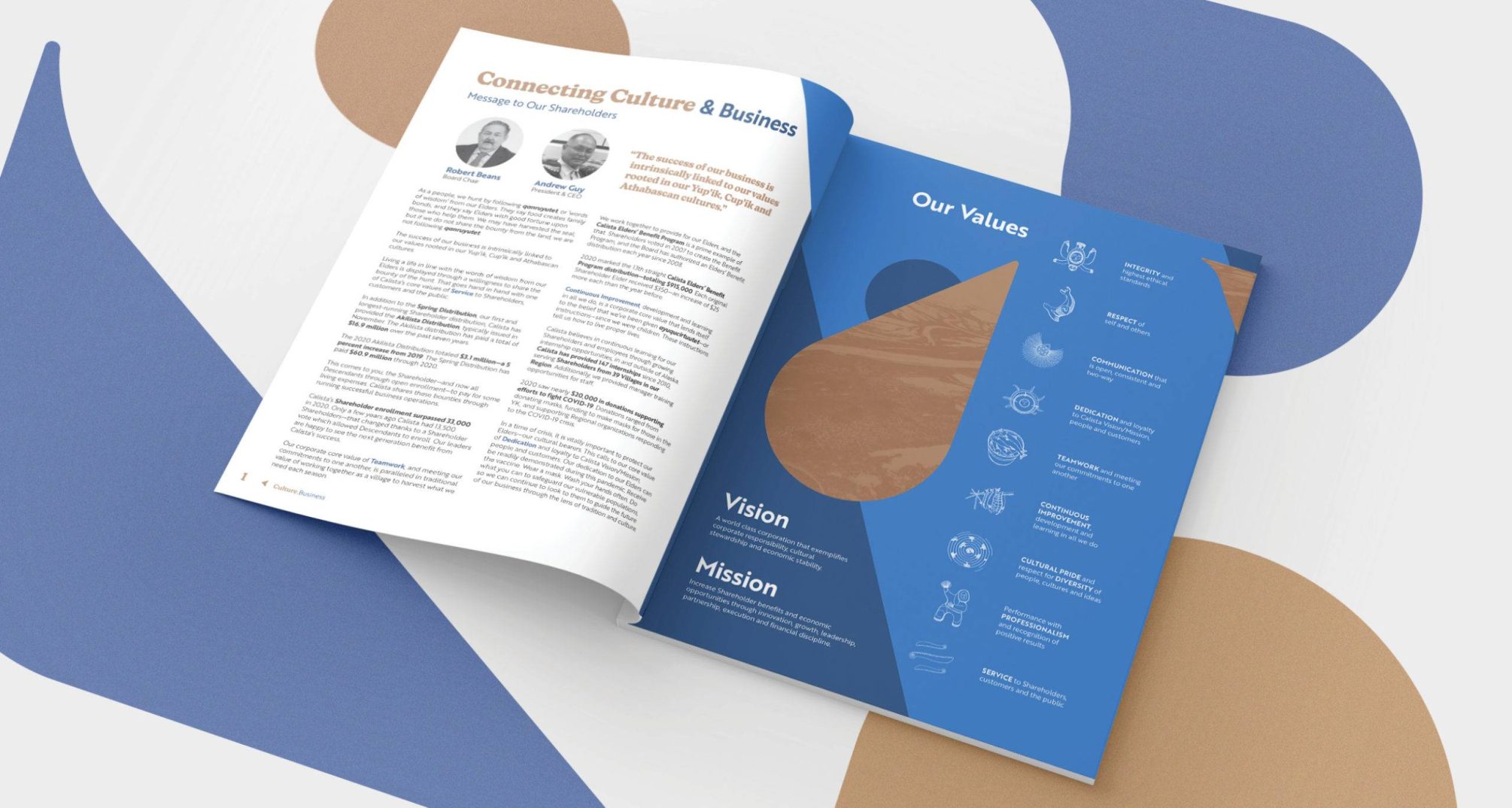 2021 marks the 50th anniversary of the Alaska Native Claims Settlement Act of 1971, a policy that divided Alaska into 12 regions and their respective for-profit Native corporations. The Calista Corp. represents more than 33,000 shareholders, most of whom are of Yup’ik descent.

Yuit Communications has proudly represented Calista since 2016. We create all of Calista’s internal and external communication content, including annual reports. For this year’s annual report, Calista leadership wanted a theme that celebrated the corporation’s business success while honoring its culture, the strength behind all of Calista’s decisions over the past five decades.

For the cover, Calista President and CEO Andrew Guy and Vice President of Lands and Natural Resources Tisha Kuhns were chosen as they represent long-term leadership and the next generation. The photo conveys that Calista’s leaders may put on their corporate dress for business meetings, but their cultural values are just as important to the corporation’s success.

As a nod to Calista’s history, Yuit used design elements from its original logo. The texture
in the tan element is an aerial photo near Bethel, the largest village in Calista’s region, and represents the corporation’s ties to the land and traditional way of life. Calista’s leadership was extremely pleased with Yuit’s creative spark and how this annual report tied the region’s culture to Calista’s overall business success.